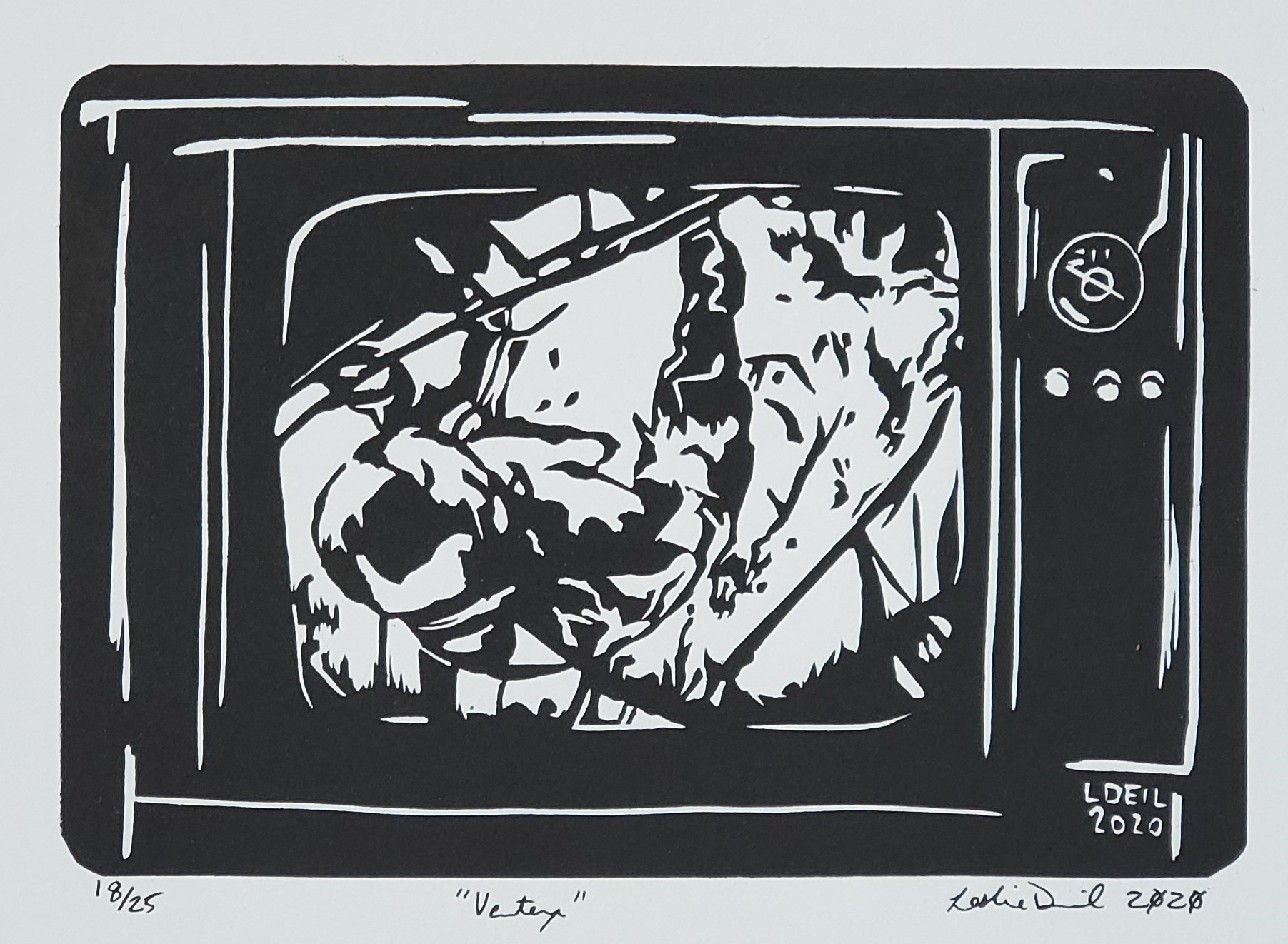 There are points in time where the trajectory of life changes. This linocut is based on a black and white photo we found in my late father’s desk. As a child, he took pictures of the television as the Apollo 11 astronauts landed on the moon. He too wanted to be an astronaut and based his major life decisions on becoming one. Though he never made it to outer space, he continued to look to the sky his whole life.

error: Bakers do not give out free bread, so please do not try to steal my art